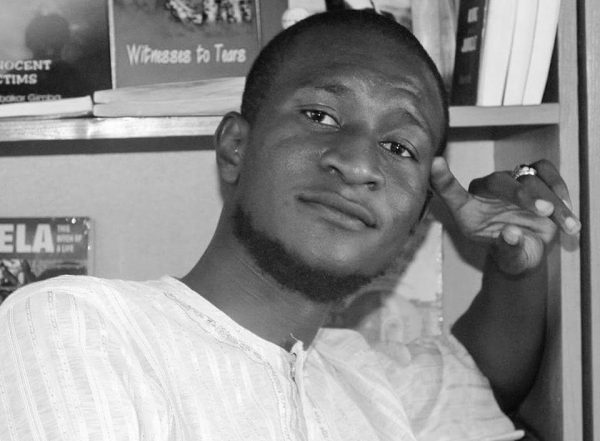 A Poem with a Line from Carl Phillips

My body folds into a small
space, the mouth of a python
stretched for the swallow.

Solitude engorges the sound of heartbeats,
fulminating against the walls of my skull,
the curls of my hair.

They could let the nights unfurl
before them, splayed as figures
ingesting my fingers, soft as feathered steps,

the quicksand eats everything,
my shadow, whose skin is a skin
of an adversary welcomes the sun’s

multitude tongues, careened on leaves,
spilled on bodies, mixed
where the crescent stares across the horizon.

I don’t see anyone but shadows
drowning next to a mountain
on liquid earth, slipping through a pelvic floor,

deep into the mouth of the python,
the snake with two heads,
the snake consumes its own tail.