This year’s Caine Prize winner, Okwiri Oduor, won the prize for a story, My Father’s Head. She also published a story in Saraba Magazine called Christopher. I was fortunate to have interviewed her for the Art Issue of Saraba. 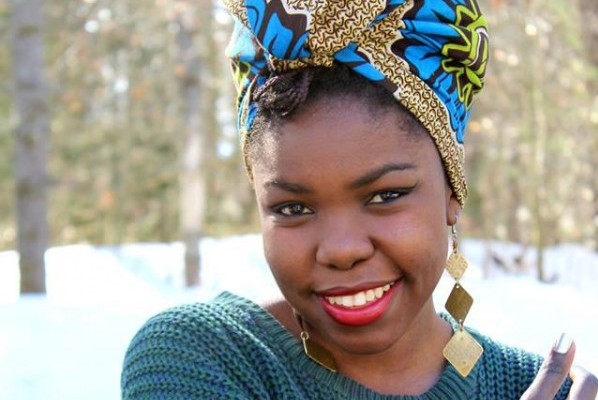 Dami Ajayi: A good number of writers are moonlighters. Some are even professionals. Lawyers. Doctors. Engineers, etc. Is there a peculiar socio-cultural explanation for your career choice?

Okwiri Oduor: I suppose spending the better part of my adult life at law school would qualify me as a legal professional, a lawyer if you must. However, I could hardly claim any ownership to law, call it my career—I’m shirking the law reports, and so the moonlighting occurs only within the types of writing that I must do; writing for myself until, in the throes of starvation, I am forced to crawl out and write for others.

OO: Elechi Amadi inspired a certain consciousness in me. It was after reading The Concubine that I stopped situating my stories in absurd places like Devonshire and Dublin.

I was drawn to the landscapes in Steinbeck’s works, how they influenced characters.

I remain deeply moved by Zora Neale Hurston and Toni Morrison, highly admiring of Edwidge Danticat, Jamaica Kincaid and Arundhati Roy— these women taught me how to inhabit things like solitude and memory and loss and longing.

There is also something to be said of influence through the company that one keeps. My friends –indomitably, intimidatingly intelligent – influence me through the various works they share, the conversations, the places they take me with their minds and their words.

DA: There is a relationship between art forms. Some writers straddle art forms; others are drawn to write from painting, music and theatre. Paying attention to your cinematic writing style, do you mull over movies? Do they ever instigate your writing?

OO: I do enjoy film very much, and I have worked in film production. However, I would not say that only film instigates my writing. Writing is an art, and the writer an artist. All art, not just writing, is incestuous. Painting begets writing begets dance begets sculpture, and all of it is poetry.

I think of my writing less as cinematic, more like pencil sketches. When I write, I am drawing. I do not know another way of describing these sensations that I draw on paper, by way of words. Intellectually, I understand that what I’m doing is writing and not drawing. However, my fingertips hardly know the difference. It is an odd thing.

DA: Issues such as civil wars, ethnic strife, poverty and rape are the thematic concern of many books endorsed by the West. Have you in your writing been drawn to such narratives? Why, if not?

OO: I wish for the nuances in my work to be respected. For example, a treatment of patriarchy should not be abbreviated as a story about rape, neither should an engagement of class differences be construed as a story about poverty. I am creating portraits of the human condition, not of a performed Africanness. I am not a performing African. Neither do I wish to perform my non-performance. I wish to just be, to write what I might without either kind of prescription. And as I do it, Lauryn Hill plays in the background, beseeching some kind of imagination:

Come on baby, light my fire

Everything you drop is so tired

Music is supposed to inspire

How come we ain’t getting no higher?

DA: What inspired your story, “Christopher”?

OO: Solitude, and death – not as frightful foe but as well-meaning friend—are things I have encountered. Someone slowly slunk away from me. They inspired the story.