I should start by quoting FRSC statistics on how many people die on our roads on a daily, weekly or even yearly basis but I ask myself, how does this show the devastating effects of  a death toll when it hits a family, a community, a tribe? Summarily, statistics are impotent, ineffectual and blameless for its inadequacies.

But every once in a while, the misfortune of a popular figure calls our attention to an obvious truth lwe have left unattended. We don’t even need an utterly responsible government to put the question of basic amenities behind us; but we remain plagued by the lack of smallest benefits of governance like cursed people.

Nigerian roads are historically deathtraps. Nigerian roads have been killing our geniuses since since.  Here are a few of the geniuses I remember. My list is a lesson in remembrance. I enjoin everyone with intact and trustworthy memories to remember along with me.

Rex Lawson, born of a Kalabari father and an Igbo mother, was arguably the finest Highlife musician of his time. Trumpeter and bandleader of “His Rivers Men”, he was known for  his heart-rending lyrics done in several ingenious languages. His songs have been sampled by Juju music doyen Ebenezer Obey, Orlando Owoh and more recently by Flavour Na’bania. He died en route a concert at Sapele. He was 36.

If Rex Lawson was the finest Highlife musician, the only competition he had in terms of sonorous voice is Celestine Ukwu. Known for his deeply philosophical songs and a delight to trail away almost absent-mindedly to ad-lib falsettos, Celestine Ukwu will always be remembered for his sensual sounds that coerce bodies to dance with much success. He died on road too in 1977 in an auto crash.

Achebe did not die from that accident but his legs did. Some of his intellectual stance died as well. Achebe, the champion of African pre-colonial civilization, was exiled from his home country for practical health reasons. How ironical it must have been for the sage to swallow some of his reservations and offer himself to the western hospitality extended to him. Something must have died in him. We must thank Nigerian roads.

We have to share the credits between Nigerian roads—where the stationary heavy-duty truck which Dagrin’s car ran into—and the bottle of liquor that inebriated the twenty-year old rapper who took a deathly dash on the throttle of his vehicle. Chief Executive Omo-Ita  has become the deceased’s Magnum Opus on this account. 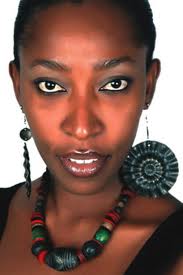 Poet, Teacher and Mother died in a car crash along Lokoja-Abuja Highway at a tender age just last year. She left an infant daughter behind.

I remember my first encounter with that name in the library of International School Lagos. The book was called Violence; I was so engrossed that I had to steal it from the library to finish it up at home.

Festus Iyayi died yesterday. His Wikipedia page reads, “He died in a ghastly motor accident caused by a reckless convoy of Kogi State govenor Idris Wada while on his way to Kano State to attend ASUU (academic staff union of universities) NEC meeting concerning a four month strike embarked upon by the union.”

May he find peace in this rather forceful rest his fate has met.