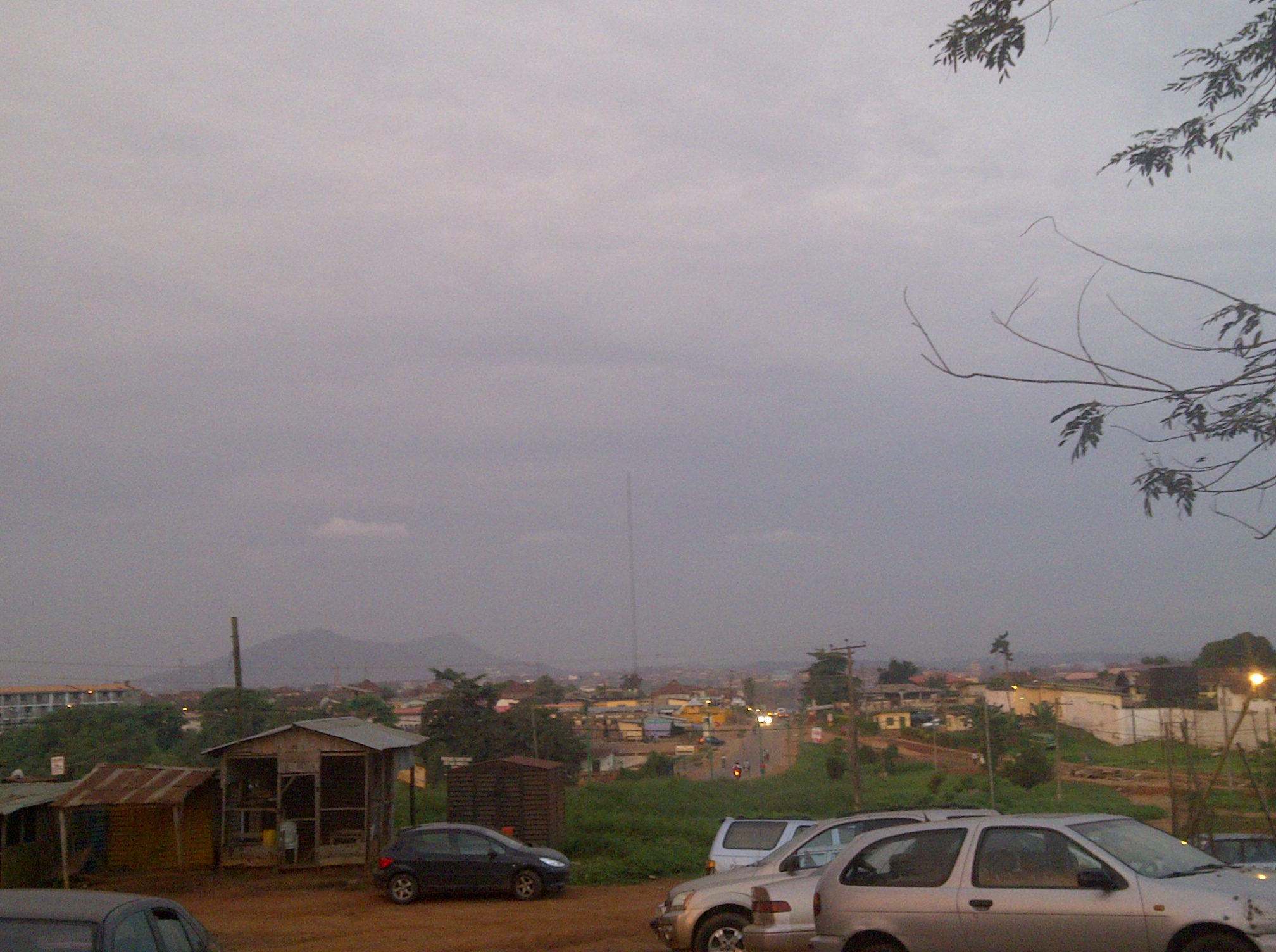 I looked at my car lovingly as I retrieved my small bag for the journey. One friendly bike ride later, I was at the bus stop waiting for a Danfo to ferry me to the Ojota New Garage. The sky was overcast. It was almost mid-day and the sun was nowhere to be found. Instead rain loomed and people quickened their feet.

Thankfully, a bus came through; the conductor in a worn singlet howled Ojota, one chance. Ordinarily, I was not inclined to taking the One Chance which is usually bait for robberies as well as cons. I scanned the expressionless faces of the commuters, calculated their gender ratio and hopped in. The conductor reiterated that he did not have change!

The rains began, uneven splashes pelting the Danfo’s windshield. The poor wipers creaked in response to duty call but could hardly keep up, the driver, a pink towel draped around his neck, strained his eyes to see through the mist that was formed but did not decelerate. I looked over the median strip and I saw a body of water moving swimmingly, ferrying everything in its path, from used cellophanes, to groundnut shells, to gala wrappers, to pure water sachets.

The rain was merciless and worse, the aquatic manna did not have a place to go. As we ambled along, it was obvious that the rain had begun much earlier at our destination. Of course, when water wills its way into the road, traffic is a consequence, so the roads were not only water-logged but also vehicle-logged but thankfully, the traffic lights kept people in a bit of check and as our vehicle slowed down at a bus stop, a desperate middle-aged woman under an umbrella banged on the Danfo. The conductor opened the door and mentioned our destination. She was dismayed and turned away just in time for the Danfo to burp forward at the switch of the traffic light to green.

I mumbled a silent prayer when I got Ojota and, as if the conductor knew my heart desire, he threw the door open for us to hop out and began to howl the next destination, Maryland. I sat still and retrieved money to pay the new fare. The rain continued and I felt so lucky that the bus was going my way; if not I would have been in the rain, jostling past an ambulant crowd, in search of refuge from the rain.

Again, at the Garage, the vehicle heading to Ilesa needed just one passenger more. I stepped into the car and we hurtled down to our shared destination. I left Ilesa about two years ago, after my medical internship, but I still had ties to the town. There were the Lamikanras, the reason why I was visiting the town again. Every first Saturday of December, they hosted a poetry house party at their residence at Imo and I had been attending consistently for the past four years. Since my return from Anambra state, I spend my free weekend seeking artsy engagements which show up very frequently, a valid pointer to the fact that there was a slow-growing nascent consciousness about the Arts going on in Nigeria. One must reflect on the ongoing literary boom on social media. More than ever, there are young chaps who are expressly enthusiastic about the arts, who want to become writers, who flood their timelines with spontaneous verses, who comment on their quotidian lives in elegant sentences, embellishing minute details. But this is an aside.

The ride to Ilesa was hitch-free, without adversities to the occupants of the vehicle, but somewhere around Ikire, we watched an unfortunate Toyota Sienna at high speed whose front tire burst. The car leaped into a series of somersault till it landed on its head. Then a door jerked open and a disheveled writhing woman stumbled out. The two women in our car kept calling on Jesus and I watched the driver who had begun to decelerate. He noticed that another car had pulled up by the road and a crowd of uniformly dressed men were running to the accident site. He engaged another gear and zoomed off; I watched the women who had gone mum, apparently calling Jesus was the only kind of assistance they could offer the accident victims. As if the driver could read my mind, he began an incoherent monologue about the attitude of the police to helpers at accident sites, how they are delayed unnecessarily, made to write statements about their observations and whatnot.

We arrived in Ilesa in good time. Ilesa, ancient town of Oshomalos—the itinerant traders of yore—whose popular trade thrived by their feet. The town which chose a federal prison over a train station. Home of International Breweries, where Trophy beer is brewed. I should not forget to mention the College of Education which supplies the town with nubile women or Wesley Hospital, a century old missionary hospital now in the care of Obafemi Awolowo University Teaching Hospital complex, where the sick sought health.

We alighted at the garage at Odo-Oro, where an array of restaurant set out tureens with mountainous piles of meat to entice hungry folks. This garage was notorious for being the only place where one could find pounded yam at 12 midnight. As I walked out of garage, I saw the old town again. It had hardly changed in the two years I had left it. I decide to give my same another tour of the town, walking towards the famous roundabout around the palace to get a vehicle to Imo which was on another side of town.

Somehow, I felt at ease.