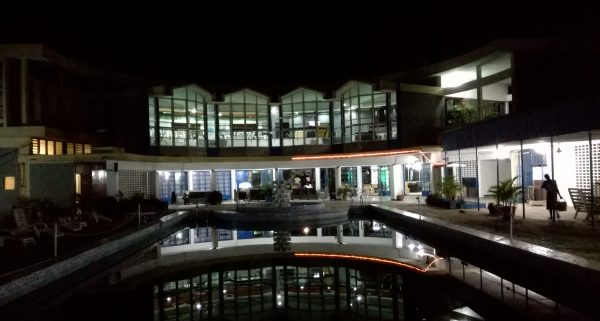 For the anthropologist manqué from Ijebu and his fellows

He strayed from a place of ideas,
where certain “Philosopher Kings”
speak ex cathedra

of a bald-headed plutocrat.
He found escape in the indiscipline
of a rogue discipline

straggling over boundaries and straddling
the ungovernable poles and the antipodes
of histories and narratives. He found redemption

in hollow theories and the holism
of parks and parking lots—and
in the kindness of others. Claiming

the mentorship of genuine priests—

whose accolades were earned from honest toil—
he dons the garb of a Supreme Pontiff
pontificating about loyalty and loss,

quibbling platitudes like a priest in disgrace.
He found tales in oily dreams, found doggerels
in the ditty of peddlers of violence, children

begging a passage through alleys abandoned by others.
His kinship embraces other pretenders;
his path locking with hers—

she of the failed pastoral fame. This
weaselling Yanomamö will yet surprise us!
For behold the bumbler now boasts a Voice!

Look no further afield for his
fellow travellers, talebearers muddying
the waters, pulling centuries of wool from
their conjuror’s hat
over our eyes, over our dreams, seeking a pin
buried in the haystack of their imagination.

HOW WILL THIS DEATH BE REVEALED?

Will my death be revealed
In sweaty drops and the drag of meaning
Less days, drawing shadows—not as
Twain’s oft-foretold death
Or Clark’s death by instalment—
In battles of daily grind?

Days taking a drag
On the butts
Of expiring cigarettes
Burning out in the hollows
Of hours closeted in that room
Designated “for fellows singing
Swan songs before the curtain fall”?

Or in the eternity of froths
And wisps of smoke, spiralling
Hugging the night, hugging
Our thoughts and laughter,
Sitting by the pool, watching
the foolery and pretences we know too well?

Will my death be revealed
In these early sprouts of winter
Taken on the chin, insufferable and blunt?
Dreams deferred take wintry exits, serially betrayed,
Presaging the hoary season
In a bearded beer cup

Foretelling the arrival of dusk.
Will my death be revealed
Like Elesin’s one decisive pull
At the cord binding our triad world
Or Olunde’s final surrender in the arms
Of that death we would have to embrace

For honour and the trophy that would
Elude our grasp?
Will I be consumed
By this ship of state
This beast crawling through
Dark waters, seeking light

In the belly of an unyielding sea? Seers
Of these dark phosphorescence preach
A penance of hope! Dark caricatures
Crawling through dingy dreams and tunnels
Taking turns to rape infants
In their sleep

Taking turns
To gorge on entrails
Left behind by their rampaging forebears.
Will our death come
While seeking foothold
In these rocky parts
Where every turn in the street

Is a minefield that we must sidestep?
Will this death come
While we sleep and others
Scheme? These cartographers of evil
Will yet hold the night in their grip
Hold our patrimony in their deranged imagination
Hold Tomorrow hostage in their lies. 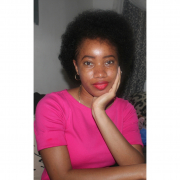